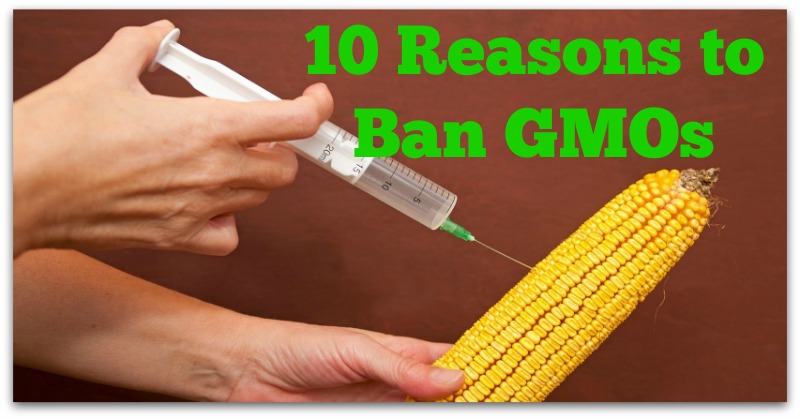 This is for educational purposes and can be used in part or whole to approach the city council in your city to further shed light on the risk of GMOs.

A 2008 World Bank report concluded that increased biofuel production is the major cause of the increase in food prices.[1] Biofuels are crops grown for fuel rather than food. GM giant Monsanto has been at the heart of the lobbying for biofuels – while profiting enormously from the resulting food crisis and using it as a PR opportunity to promote GM foods.

“The climate crisis was used to boost biofuels, helping to create the food crisis; and now the food crisis is being used to revive the fortunes of the GM industry.” – Daniel Howden, Africa correspondent, The Independent (UK).[2]

“The cynic in me thinks that they’re just using the current food crisis and the fuel crisis as a springboard to push GM crops back on to the public agenda. I understand why they’re doing it, but the danger is that if they’re making these claims about GM crops solving the problem of drought or feeding the world, that’s bullshit.” – Prof Denis Murphy, head of biotechnology, University of Glamorgan, Wales.[3]

Despite the promises, GM has not increased the yield potential of any commercialized crops.[4] In fact, studies show that the most widely grown GM crop, GM soya, has suffered reduced yields.[5]

A report that analyzed nearly two decades worth of peer reviewed research on the yield of the primary GM food/feed crops, soybeans and corn (maize), reveals that despite 20 years of research and 13 years of commercialization, genetic engineering has failed to significantly increase US crop yields. The author, former US EPA and US FDA biotech specialist Dr Gurian-Sherman, concludes that when it comes to yield,

“Traditional breeding outperforms genetic engineering hands down.”[6]
“Let’s be clear. As of this year [2008], there are no commercialized GM crops that inherently increase yield. Similarly, there are no GM crops on the market that were engineered to resist drought, reduce fertilizer pollution or save soil. Not one.” – Dr Doug Gurian-Sherman.[7]

US government data shows that in the US, GM crops have produced an overall increase, not decrease, in pesticide use compared to conventional crops.[8]

“The promise was that you could use less chemicals and produce a greater yield. But let me tell you none of this is true.” – Bill Christison, President of the US National Family Farm Coalition.[9]

4. There are better ways to feed the world

A major UN/World Bank-sponsored report compiled by 400 scientists and endorsed by 58 countries concluded that GM crops have little to offer global agriculture and the challenges of poverty, hunger, and climate change, because better alternatives are available. In particular, the report championed “agroecological” farming as the sustainable way forward for developing countries.[10]

5. Other farm technologies are more successful

“The quiet revolution is happening in gene mapping, helping us understand crops better. That is up and running and could have a far greater impact on agriculture than GM.” – Prof John Snape, head of the department of crop genetics, John Innes Centre.[14]

6. GM foods have not been shown to be safe to eat

Genetic modification is a crude and imprecise way of incorporating foreign genetic material (e.g. from viruses, bacteria) into crops, with unpredictable consequences. The resulting GM foods have undergone little rigorous and no long-term safety testing. However, animal feeding tests have shown that GM foods have toxic effects, including abnormal changes in organs, immune system disturbances, accelerated ageing, and changes in gene expression.[15] Very few studies have been published on the direct effects on humans of eating a GM food. One such study found unexpected effects on gut bacteria, but was never followed up.[16]
It is claimed that Americans have eaten GM foods for years with no ill effects. But these foods are unlabeled in the US and no one has monitored the consequences. With other novel foods like trans fats, it has taken decades to realize that they have caused millions of premature deaths.[17]

“We are confronted with the most powerful technology the world has ever known, and it is being rapidly deployed with almost no thought whatsoever to its consequences.” – Dr Suzanne Wuerthele, US Environmental Protection Agency (EPA) toxicologist.

As a spokesperson for Asgrow, a subsidiary of Monsanto, said, “If you put a label on genetically engineered food, you might as well put a skull and crossbones on it.”[18] The GM industry has got around the problem of consumer rejection of GM foods by hiding them in animal feed. Meat, eggs and dairy products from animals raised on the millions of tons of GM feed imported into Europe do not have to be labelled. Some studies show that contrary to GM and food industry claims, animals raised on GM feed ARE different from those raised on non-GM feed.[19] Other studies show that if GM crops are fed to animals, GM material can appear in the resulting products[20] and affect the animals’ health.[21] So eating these “stealth GMOs” may affect the health of consumers.

8. GM crops are a long-term economic disaster for farmers

“At the present time there is a massive disconnect between the sometimes lofty rhetoric from those championing biotechnology as the proven path toward global food security and what is actually happening on farms in the US that have grown dependent on GM seeds and are now dealing with the consequences.”[22]

GM contamination of conventional and organic food is increasing. An unapproved GM rice that was grown for only one year in field trials was found to have extensively contaminated the US rice supply and seed stocks.[23] In Canada, the organic oilseed rape industry has been destroyed by contamination from GM rape.[24] In Spain, a study found that GM maize “has caused a drastic reduction in organic cultivation’s of this grain and is making their coexistence practically impossible”.[25]

The time has come to choose between a GM-based, or a non-GM-based, world food supply.

“If some people are allowed to choose to grow, sell and consume GM foods, soon nobody will be able to choose food, or a biosphere, free of GM. It’s a one way choice, like the introduction of rabbits or cane toads to Australia; once it’s made, it can’t be reversed.” – Roger Levett, specialist in sustainable development.[26]

The big biotech firms pushing their GM foods have a terrible history of toxic contamination and public deception.[27] GMOs are attractive to them because it gives them patents that allow monopoly control over the world’s food supply, thus increasing their profits and profits of their shareholders. They have taken to harassing and intimidating farmers for the supposed crime of saving patented seed or “stealing” patented genes – even if those genes got into the farmer’s fields through accidental contamination by wind or insect pollination.[28]

“Farmers are being sued for having GMOs on their property that they did not buy, do not want, will not use and cannot sell.” – Tom Wiley, North Dakota farmer.[29]

4. Jorge Fernandez-Cornejo and William D. McBride, 2002. The adoption of bioengineered crops. US Department of Agriculture Report, May. http://www.ers.usda.gov/publications/aer810/aer810.pdf

22. Charles Benbrook, 2009. The magnitude and impacts of the biotech and organic seed price premium. The Organic Center, December. http://www.organic-center.org/reportfiles/Seeds_Final_11-30-09.pdf

23. E. Neal Blue, 2007. Risky business: Economic and regulatory impacts from the unintended release of genetically engineered rice varieties into the rice merchandising system of the US. Report for Greenpeace. http://www.greenpeace.org/raw/content/international/press/reports/risky-business.pdf

25. R. Binimelis, 2008. Coexistence of plants and coexistence of farmers: Is an individual choice possible? Journal of Agricultural and Environmental Ethics 21: 437–457.

27. See, for example, Marie-Monique Robin’s documentary film, Le Monde Selon Monsanto (The World According to Monsanto), ARTE, 2008; and the website of the NGO, Coalition Against Bayer-Dangers, www.cbgnetwork.org

Article posted on International GMO Ban Alliance and is licensed under CC by 3.0. 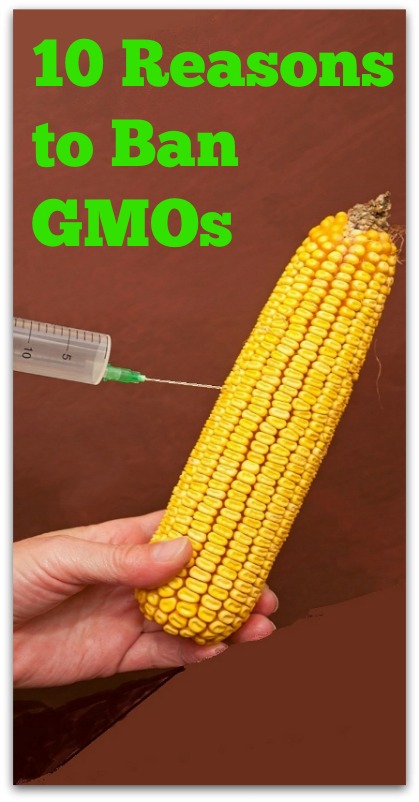 One Response to "10 Reasons to Ban GMOs"